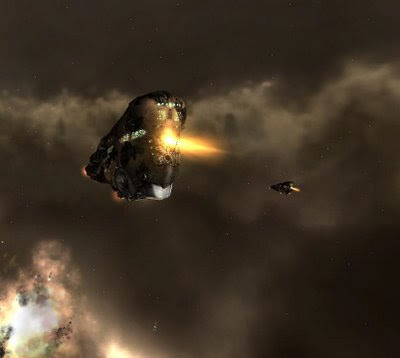 You know? Rogue drones creep me out at one level but at another, they fascinate me. There is no other life form outside of us humans in New Eden- yet; but these rogue drones come close to being a second. They have sentience and can communicate, most of the time. Other times, they keep to themselves. Yet other occasions; they appear to go on a rampage.

The exact numbers and disposition of these entities is unknown but I can tell you, parts of low-security space are full of them. The new null-sec areas are also full of them, brave explorers push into the depths of space, seeking out new constellations and only to find that rogue drones have got there ahead of them.

Most of the time, I try to avoid them. However, in the last two weeks of solid exploration, all gravitmetric signatures have led me not to hidden ore belts, but to rogue drones. Not too sure while, am baffled to be honest. In all these systems, the deadspace signatures I get back are clean gravimetric responses with little deviation.

I am using the latest gravimetric probes with the hottest software upgrades and best survey computer around. Yet, drones. Just rogue drones - unless they got there ahead of me? Anyway, I felt duty bound to try and clear these drones and in my dominix battleship no less. . While, I didn't get any bounties - drones drop some compounds that I managed to reprocess. These compounds are alloys of metals that the drones themselves use for their own, mysterious uses.

Once I cleared a nest of them, I moved onto the next one. In addition to finding some mag sites; it has been quite busy.

I collected all the ores, minerals, compounds and salvage together and took an inventory; before I hauled all this stuff back to high-sec.

Not bad to be honest considering I was now not on full time. I especially like the BPC (not shown) I got. So not bad at all. Okay, many pod pilots can make this isk equivalent in a few hours or a day or so running missions for the most popular agents in high-security space. A few hundred million isk is a lot to me and I enjoyed making every cent of it.

The above lot will be making it's way back to our ship factory in high security space. I might stay in high security for a bit longer to mine veldspare and to continue with my invention work. This is something that I have neglected for too long. I have some very pressing emails from my R&D agents. I better get to them!

Next update will be from the corp's high-sec ships manufacturing hub so time to get those warp core stabilisers onto the iteron.

There have indeed been reports that drones yield valuable ores and minerals once destroyed. Your own experience confirms this. Very interesting, perhaps a joint venture between all pod pilots would serve both to eliminate this threat and to fill our coffers?

Excellent post, mate. I liked the way you kept it in character, while keeping it very interesting to read :)

I've always been afraid of the rogue drones. Unless their numbers were few, the situations I ended up getting to never went so well for me and my ships.

Though at the same time I can't wait to see what a larger nest of these monsters could yield.

Since reading an account of rogue drone(s) in the chronicle,"Post Natal", I always shoot the little creeps first, and pick through their wrecked and ruined remains after.

I believe that I loathe rogue drones almost as much as Amarr!

There are indeed other life forms. See Jove, and sleepers. 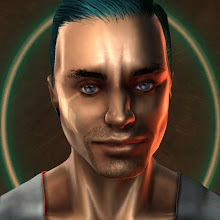